Perfect rugby weather and an impressive pitch met the Tullamore Women’s rugby team as they faced off against NUIM Barnhall on Sunday afternoon. With the league revamped, Tullamore knew it was going to be a step up in quality from CYM as two divisions separated these sides last year.
The game started at a frenetic pace in the warm sunshine. The intense warm up had the Tullamore women primed and ready and they took the game to their opponents. Little change was given by both sides as the ball changed hands regularly and attacks were thwarted in the first 20 minutes. The pace of the game and the heat meant that drinks breaks were taken at this juncture.
The telling score of the game came as Barnhall wore down the Tullamore defence before spreading the ball wide, where their winger outpaced the covering defence to score in the corner. It was a blow to the Tullamore defensive effort that was vastly improved from the previous week. The conversion was missed but the mood at half time was positive and it was felt that victory was well within Tullamore’s reach.
The second half proved to be a very open affair with both sides showing their attacking capabilities. The Tullamore ladies stretched their opponents defence on several occasions through some excellent running from Nichola Fryday, Róisín Feighery and Jen Draper. A period of fifteen minutes camped in the Barnhall 22 followed a missed penalty opportunity from Tullamore. Repeated lineout mauls and pick and go’s were held up short of the line by the resolute Barnhall defence. The game-defining score didn’t come however and Tullamore were left disappointed when the final whistle sounded to leave the result at 5-0.
While defeat is always hard to take, there was a huge feeling of positivity at the end of the match. The Tullamore girls can feel immensely proud of their effort as their much improved tackling and defensive organisation laid the foundations of a great performance. Indeed, the performance leaves the ladies in a very positive position and will feel confident of beating Kilkenny away next Sunday afternoon. 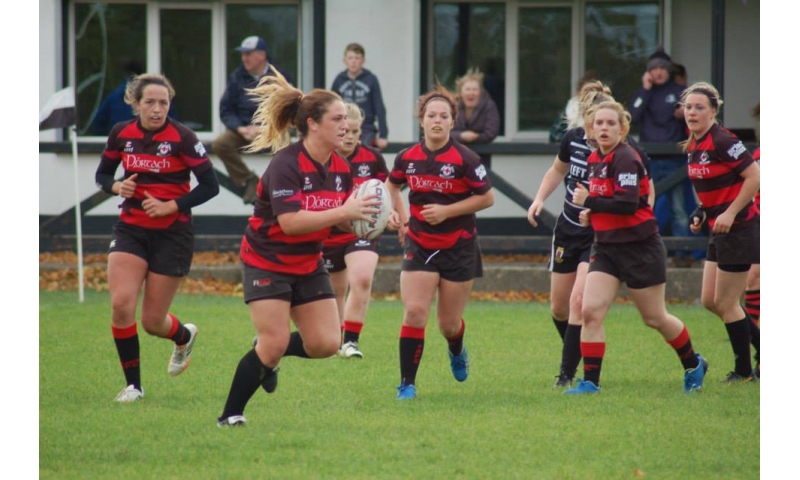 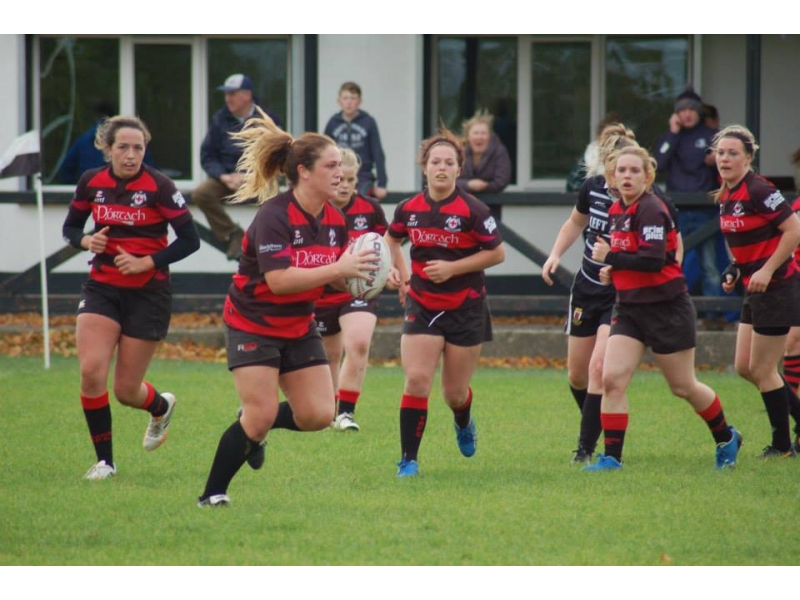