Tullamore made the long journey to Arklow on Sunday afternoon as they continued their push to the Leinster League title. The girls have been in exciting form and were keen to continue this run against their Garden County opponents.
Tullamore set about their task from the outset and quickly set into their attacking structures. Powerful ball carrying was combined with some crisp passing as Tullamore made their way deep into Arklow territory. A scramble ensued on the Arklow line before a quick-thinking Ann Marie McKeon touched down. Pauline Keating slotted the conversion to give Tullamore an early 7-0 lead. This lead was further extended after a piece of super individual play from Ciara Neville. She took a pass on a short line to beat the Arklow defensive line before stepping around the full back to dot down under the posts to give Tullamore a 14 point lead.
To their credit Arklow fought their way back into the game and dominated the rest of the half. They used their shortened lineout and powerful runners to continually challenge Tullamores defensive line. Tullamore were glad to hear the half time whistle after an extended period of defending. The message at half time was clear-a greater defensive effort was needed to regain possession which would result in scores.
What followed from the half time team talk was the best half of rugby Tullamore put together all year. The foundations were laid through the forwards who ran into the spaces around the rucks gaining much needed territory. This was combined with an impressive display of line running from the backs. It was this combination that brought about Tullamore’s third try. Lauren Keenahan made the initial line break before recycling and quick rucking brought the play to the Arklow line. It was the returning Alma Egan who got her hands on the ball and powered her way over the line. A missed conversion left the score at 19-0.
Tullamore were dominating possession at this stage and were continually making ground. A training ground move executed to perfection brought about the bonus point try as Róisín Feighery, Pauline Keating and Jen Draper combined to send Jen racing clear into the corner. Jen doubled her try count shortly after as further strong ball carrying and recognition of space afforded her the freedom to showcase her speed in rounding the Arklow defence. This was the final score of the game as Tullamore came out victorious on a scoreline of 29-0.
Tullamore face CYM in Terenure on the 14th of December in their final game before Christmas. The girls know all too well that if they continue to play like they did in the second half they will be tough to beat. A quick word too to Nichola Fryday who was injured in the warm-up-she has been a standout performer in the league campaign thus far and we wish her a speedy recovery from injury. 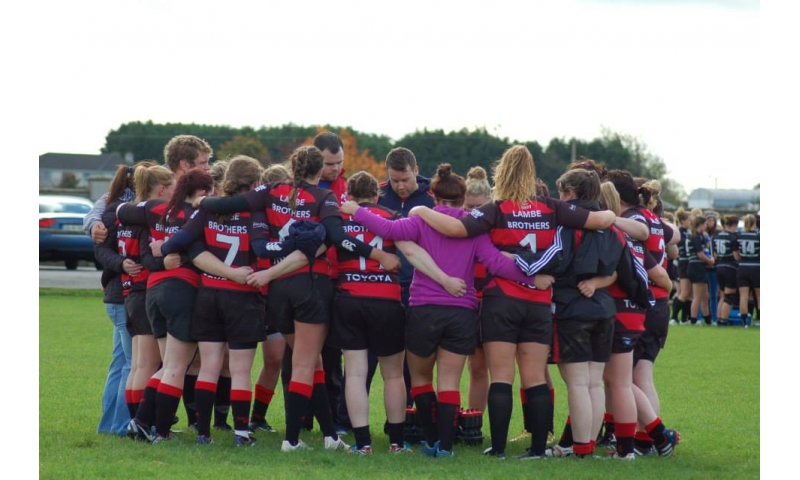 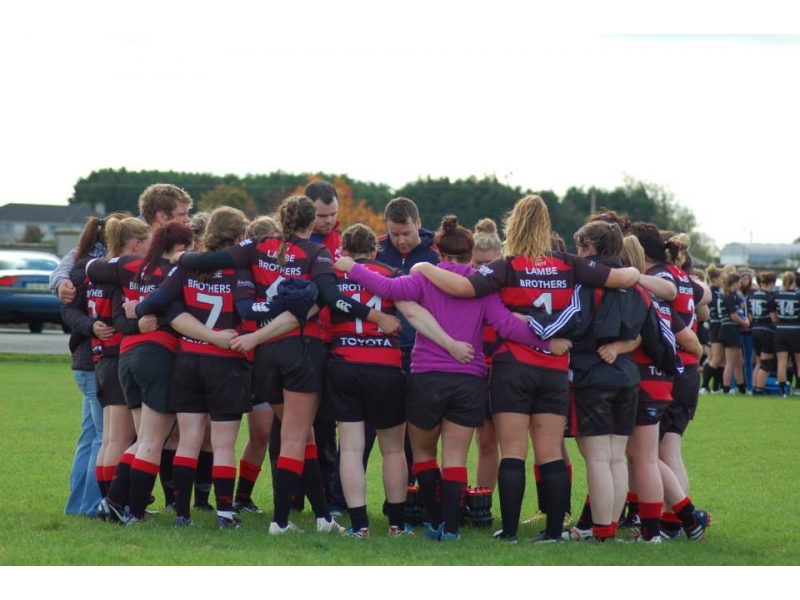