The team bus was quiet on the way to Carlow as the Tullamore lads were contemplating their upcoming game. Honours were shared between these teams on their two prior meetings this season, so they knew it was going to be a tough game.

Kicking off the match on a dry but very windy day, the apprehension was justified as Tullamore found Naas making an early statement of intent with very forceful phases of play. Their rucking was excellent and Tullamore, who normally profit from their speed in the breakdown, got nothing from the Naas phases.

Play continued to ebb and flow as Naas retained the majority of possession in the opening minutes, with the Tulliers absorbing the attacks and holding their line. At 7 minutes, Naas tried a kick over the top, hoping for a handling error, but full-back Johnny Furlong handled well and returned the ball into the Naas 22, giving his team a rare chance to attack. Naas were duly penalised for holding, allowing David Dooley to kick for the first score of the match and settle some nerves.

The game continued to be a forwards battle for the next ten minutes with no breakthrough and Naas having the majority of the possession until a well-placed kick from David Dooley found touch on the Naas 22. Luke Dunne rose ahead of his Naas opponent in the Lineout to steal the ball and gave his scrum-half Oisin Henchy some rare quality ball in the Naas half of the pitch. Naas then got pinged for offside in the ruck, and David Dooley elected to kick a tricky penalty from the left of the field, which he nailed to the cheers of the supporters.

The Tullamore lads then started to play with more confidence, with a couple more forays into the Naas 22, but could not find the killer pass or overlap to cross the line before half time, so the score remained 6-Nil to Tullamore at the break.

On the re-start, the Tulliers had the best of the possession, with three stunning moves into the Naas 22, with play swinging from one side to the other, but none could be completed. The first two broke down as Naas had a man-marker on Cormac Egan, who at outside centre is frequently instrumental in the Tullamore creativity. The third play looked set for a try, but Sean Weston did not have the pace to lose a speedy Naas winger on the right.

Just as Tullamore were thinking they were now in charge of the match, they were found guilty of ball-watching, and were undone by a well-worked Naas move. In possession after a scrum outside the Tullamore 22, the Naas 12 passed to his onrushing full-back just as the Tullamore players committed, and the full-back cantered through the gap with a clear run to dot down between the posts for an easy conversion. This put Naas ahead 7-6 against the run of play.

The Naas tails were up again, making it difficult for the Tullamore men to get on the front foot. An injury to the influential flanker Ronin Daly sowed the seeds of doubt among some of the supporters, but the Tulliers dug deep, with out-half David Dooley again putting Naas under pressure with strategic kicking. The windy conditions made some set-pieces tricky, with line-outs also suffering, and the man-marking on Tullamore centre Cormac Egan causing disruption in the back line.

Another Dooley kick to grass in the Naas 22 resulted in the needed breakthrough. Naas knocked on under pressure and from the Tullamore Scrum, the ball moved quickly out to Cormac Egan. Naas needed to commit 2 men to take him down, but Dooley recycled the ball instantly, feeding Johnny Furlong on the left. Johnny got the ball away to Sam Bourke on the wing, with Sam making no mistake with the hand-off to pass his opposite number and cross the line to score. David Dooley kept his 100% record on the day to bring the score to 13-7 to Tullamore.

While there were 10 minutes still left to play, the game was not over. The wind was still causing problems in both lineouts, but Tullamore were gaining the advantage here. In open play, Naas’ plan to keep one man free to man-mark Cormac Egan disrupted their ability to be creative with their back line, so their only options involved front-row moves, which were ably handled by the Tullamore pack.

This may not have been the prettiest game that this Tullamore team has played, but it was a great display of true grit and determination. 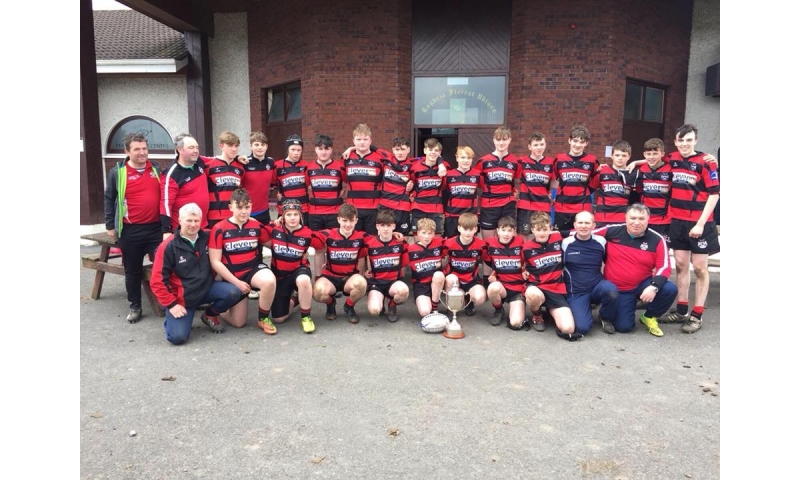 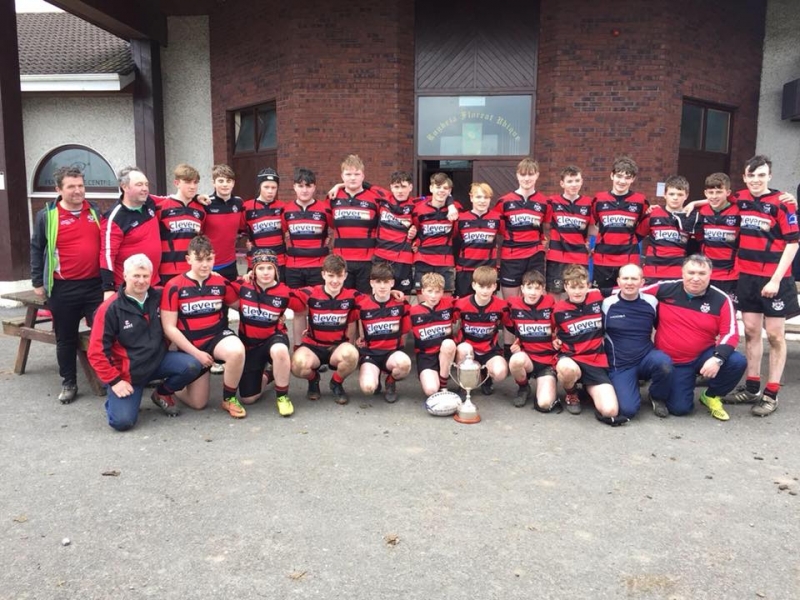