A rugby lesson was produced in Sunday last by Tullamore Ladies as they marched on into the Division 1 League Final with a well earned victory over Edenderry in Spollenstown.

Having been beaten by the very same opposition last Sunday the seven day turnaround was a true test of the Tulliers resilience and bouncebackability.

From the off the girls in red and black's attitude was superb and their line speed in defence and alacrity in attack had Edenderry penned back in their own half. Jill Draper sniped from a quick tap penalty which resulted in a chance out wide for Caroline Ahern, but Edenderry scrambled back to stop the threat.

The Spollenstown faithful hadn't long more to wait for an opening score however as smart hands and a good show and go from Kim Cobbe saw her dive over for Tullamore's opening try on the left.

Edenderry didn't lie down and kept their midland rivals out until in the 28th minute when out half Pauline Keating popped over a kickable penalty to extend the lead to 8-0.

The second period began at a ferocious pace as both teams knew the importance of the next score. The aforementioned Ahern who has been scoring all season once again made her mark on this game - scoring her second try against Edenderry in a week 2 mins into the second half.

Chloe Lowry however was not to be outdone. Lowry finds herself in the team's top three try scorers and found her groove last Sunday like Michael Jackson revealing the moonwalk in 1983.
Lowry cantered over from 35 metres out after neat passing from Shannon Touhey and Keating inside her. Although it was Chloe who dotted down under the posts it was a team try in the truest sense of the word with backs and forwards combining for multiple phases beforehand.

Edenderry were finding themselves second to every ruck and on 45 minutes received a yellow card for consistent infringing around ruck time and also for making contact with scrum half Draper.

11 minutes into the second half and Lowry once more had her name in lights. The tight head found herself with no space to run into this time however and had to burst through 3/4 defenders to score her second try. 23-0 ended the game as a contest.

The hosts didn't sit back and kept the hammer down. The back row of Emer Phelan, Rose Dunne and Roisin Feighery offered themselves for every carry. Alma Egan, Ciara Farrell and Lowry up front rucked immensely and the East Offaly outfit couldn't live with Tullamore's fitness and tempo. Another try for Chloe completed a hat trick on 61 minutes.

This squad has strength and depth in the truest sense of the phrase and two girls unlucky to start Kate Conway and Katie Murray tore into the action when introduced.
It was the latter who popped up to score a try under the posts from Rose Dunne's well timed offload in the last play to leave the score 33-0 in Tullamore's favour.

A fantastically honest effort and display of rugby from an enthusiastic team taking Leinster by storm. Rathdrum await in a fortnights time in Old Belvedere RFC on Saturday March 4th at 14:30. Tullamore Ladies’ third successive final! Player of the Match was Chloe Lowry but every single squad member has played their role this week in training. Readers! You will have to come along to support the ladies in Dublin ; like Michael Jacksons dance moves ; they've to be seen to be believed! For updates and news visit us on www.tullamorerugby.com or follow us on twitter @TullamoreRFC. 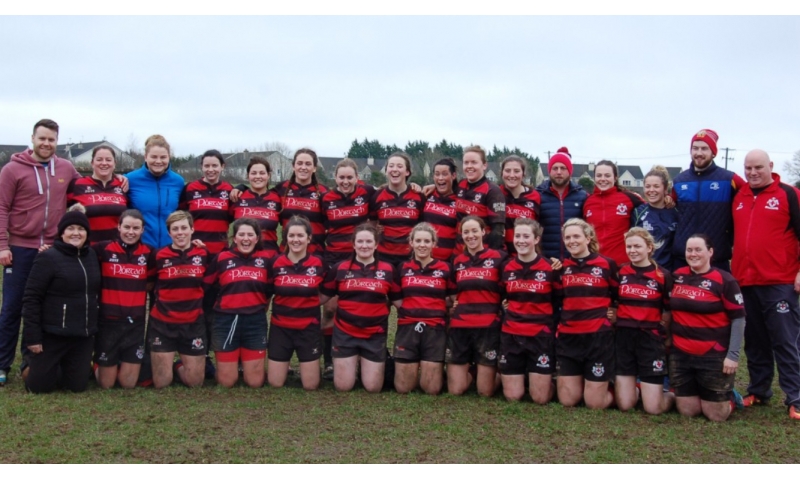 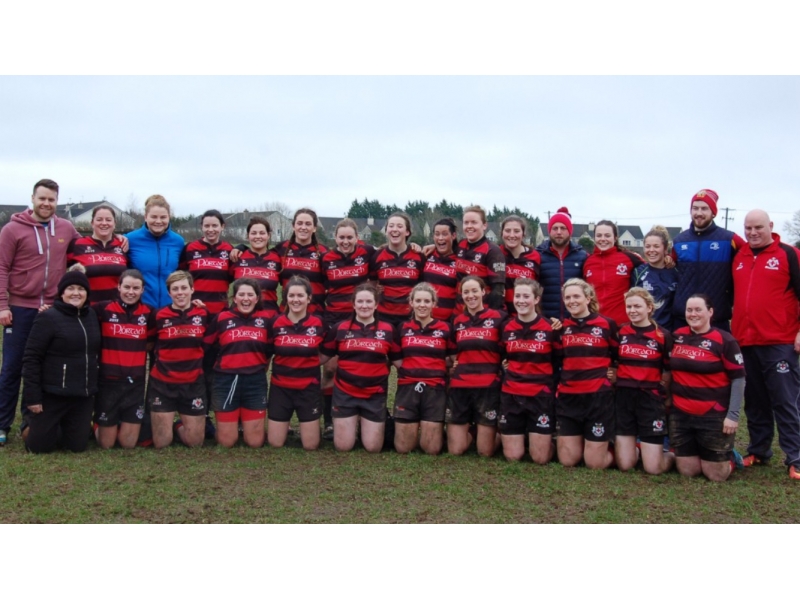