Thanks to Odhran McIntyre for the Match Report

Greystones started bright and were in Tullamores 22 for the opening few minutes but Tullamores defence was unyielding. Twice they spollenstown girls threw themselves under Greystones players to prevent a tries being conceded. Tullamore outhalf and captain Megan Burns marshalled her troops tactically around the park moving from side to side until eventually it was Burn who was released down the touchline after a great team passing movement to score Tullamore's first try. Greystones struggled to break down Tullamores defence and after a turnover and some quick hands the captain found herself crossing for another 5 points for Tullamore. Great defence from Katie Hanlon and Ciara Milner disrupted the hosts greatly. Some late pressure from the home side in the first half led to a Tullamore scrum in their own 22. Burns at the last second made a run down the blind side of the pitch collecting the ball from Scrumhalf Jane Waters and Burn Dashed down the field to record her hat trick before half time. The 2nd half turned into a scrappy affair but Tullamore's tackling was strong. To their credit Greystones kept fighting an early try gave them hope and a questionable penalty try left the Tulliers with a battle. Tullamore responded in kind with a fantastic try from Ciara Milner after great ball carrying from Annie Kelly and Rosie Kelly Kate Fox in the new position of fullback Smashed home the conversion Home to leave Tullamore with a 12 point lead. Tullamore never looked like being breached after that and held on for a comfortable win. All in all Tullamore had some solid preformances with Ciara Milner Kate Hanlon and Captain Burn but on a miserable Day the Performance of the day was the Tullamore defence. Superb tackling from Geraldine Keegan and Rosie Kelly on the wings with Saoirse Quinn Lydia Coyne and Clodagh Thompson ever prominant at ruck time all game long 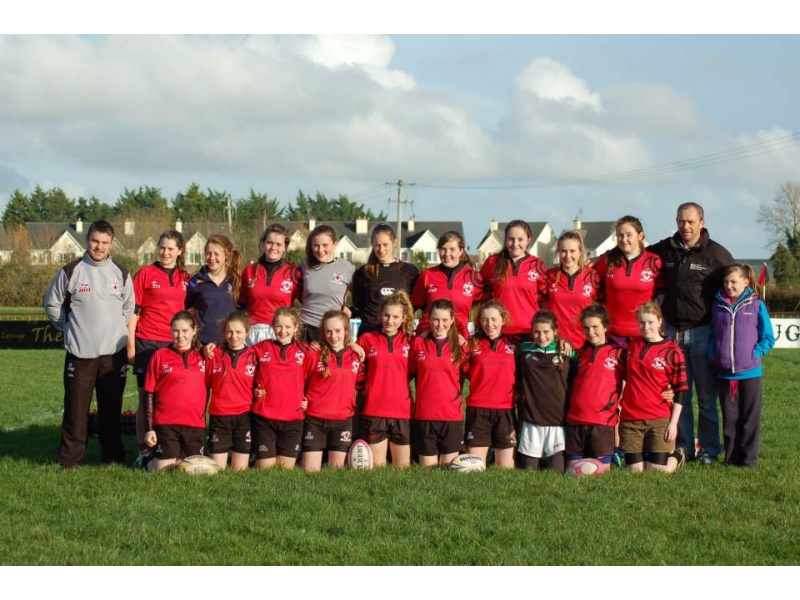