The squad of 38 u11s were part of the half time show at a packed Sportsground for Connacht V Leinsters Guinness Pro 12 match.
With an eagle soaring the Tullamore players provided a colourful sea of red, black and BLUE as they embarked on a prematch lap of the Sportsground .Leinster flags waving high, chanting Leinster, Leinster the Tullamore players got the crowd to join in, the atmosphere was building.
Half time came and the large squad split into two teams were they played Galwegians and Corinthians. To accommodate all the players there was a mass substitution at half time in this minis match.
Back to Bohermore Terrace the players continued to cheer on their team. Even though Leinster didn’t win, this has been the highlight of their young playing careers.
With Tullamore RFC 1st 15 playing in the All Ireland League the number of boys and girls at minis continues to increase. More details can be found on the new club website http://tullamorerugby.com

See link below for more photos 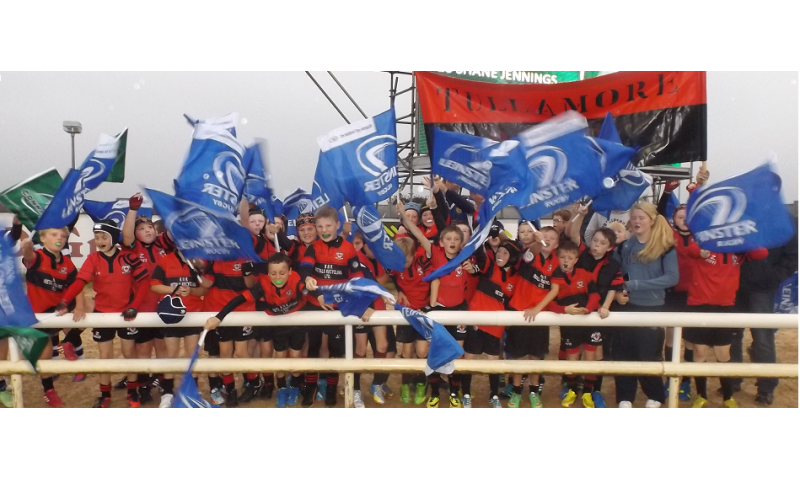 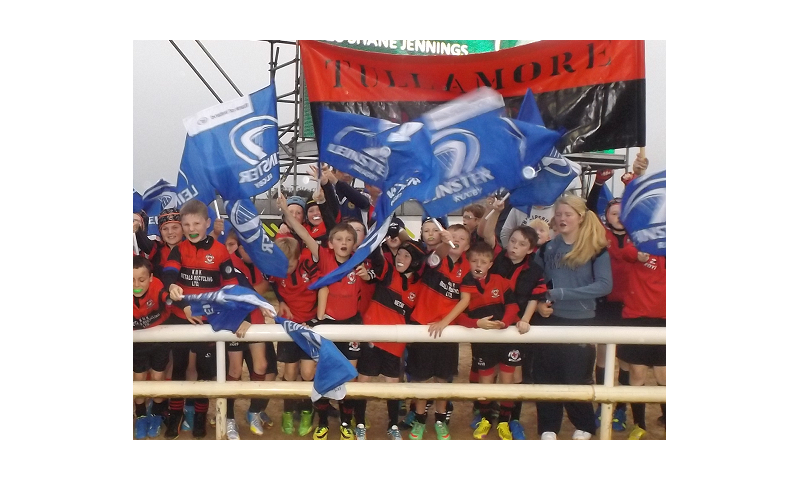 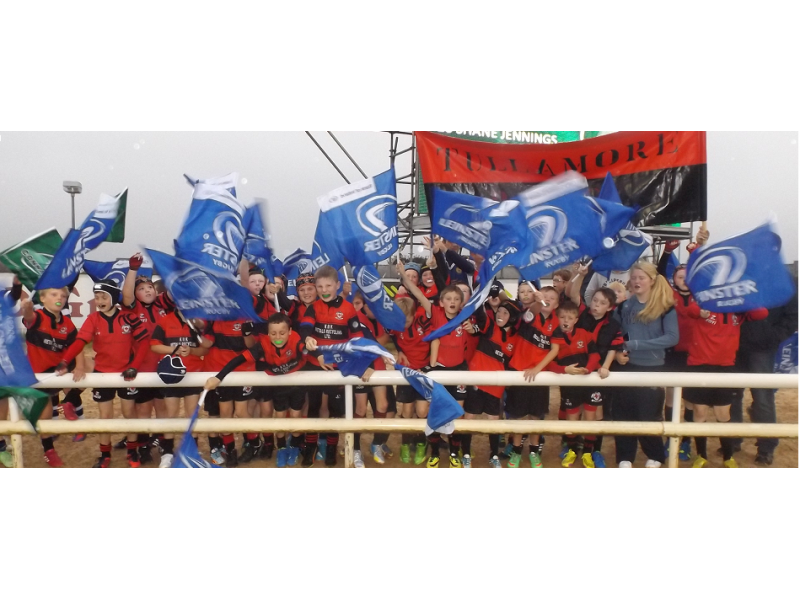 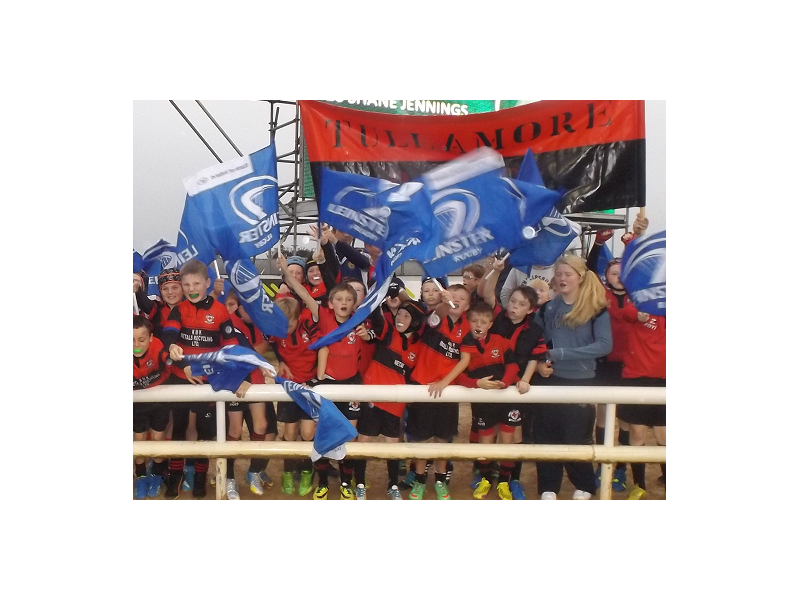