At a packed clubhouse Tullamore youths, parents and coaches gathered for the annual ceremony.

Director of Rugby and Youth coordinator Jimmy Martin addressed the audience. Welcoming and congratulating everyone on what was another successful season on and off the pitch. Jimmy told everyone that Tullamore Rugby’s Long-Term Player Development Plan (LTPD) was paying dividends

The model provides an integrated framework to facilitate the development of rugby players at all levels of participation and experience. While it is very much player-centred it is not intended to simply be a production line for world-class players. It is instead an integrated series of stages to maximise potential according to ability and ambition.

TRFC President Donal Milne thanked the assembled and told them what an honour and privilege it was to be president for the 2018/19 season and gave his best wishes to incoming President Mick Gunning.

The awards were presented to most Improved player of the year were.

Awards for Player of the year were. 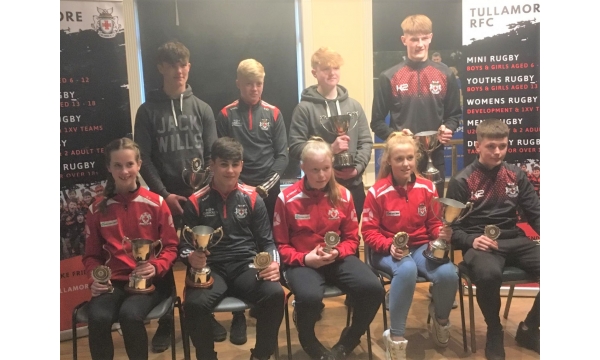 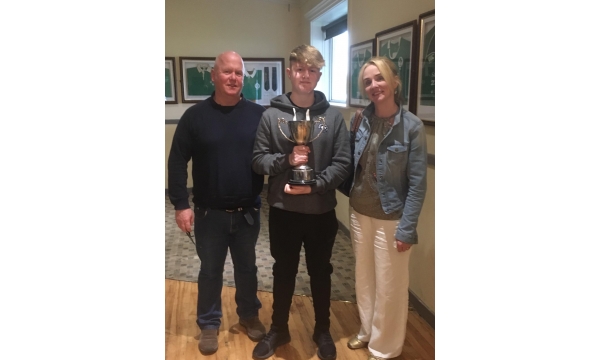 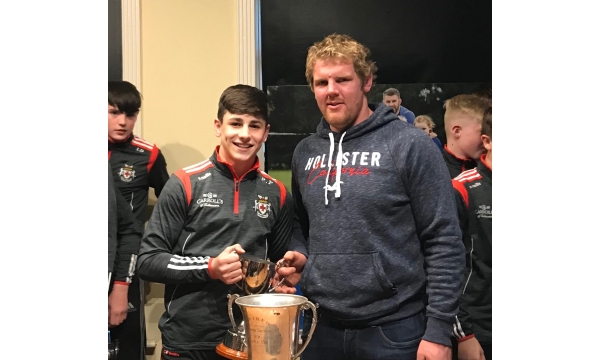 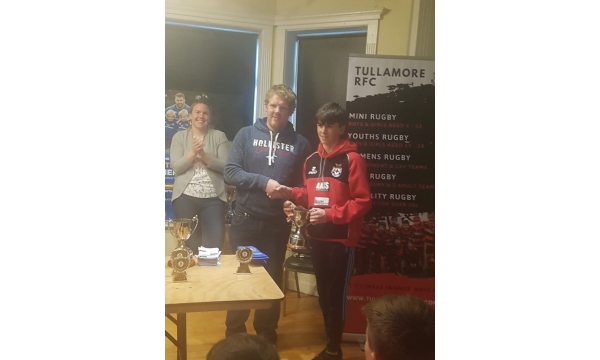 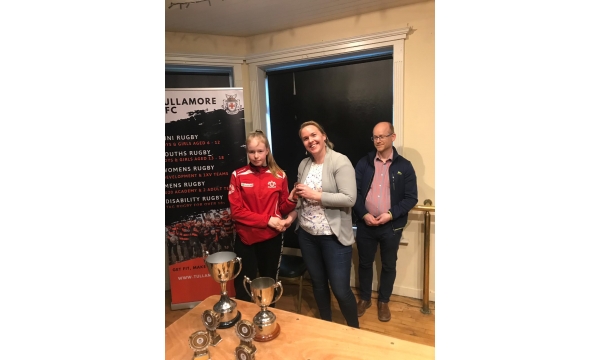 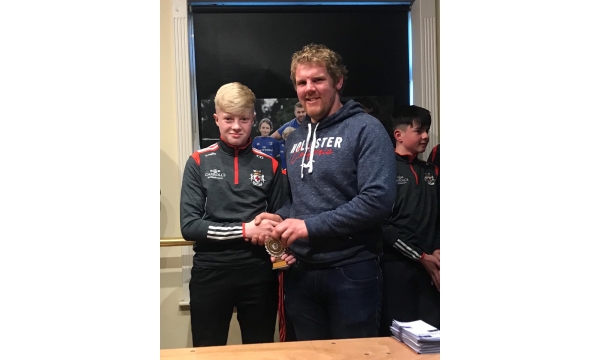 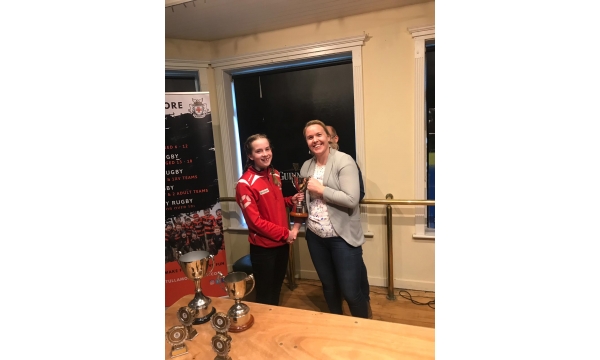 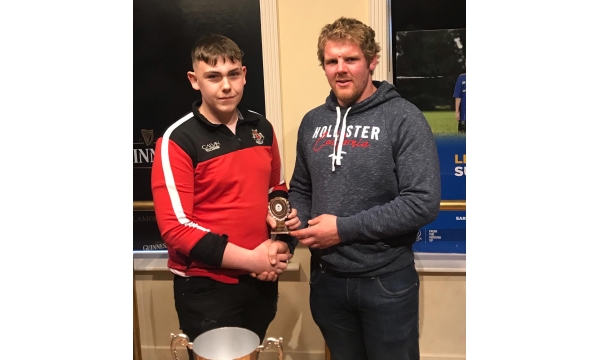 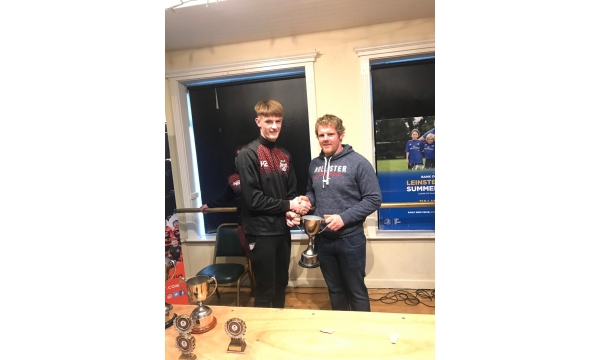 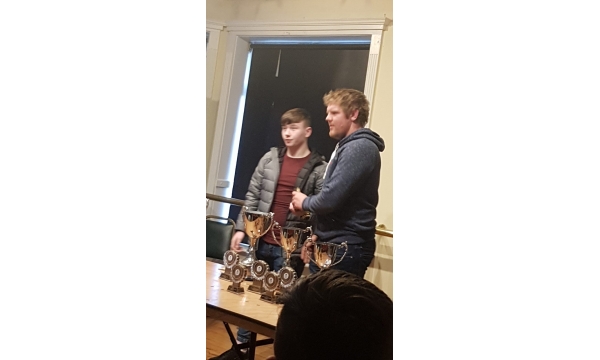 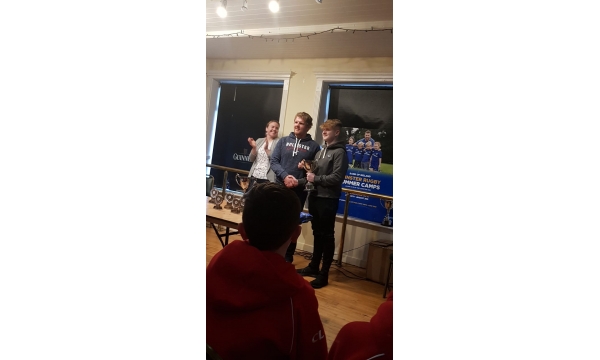 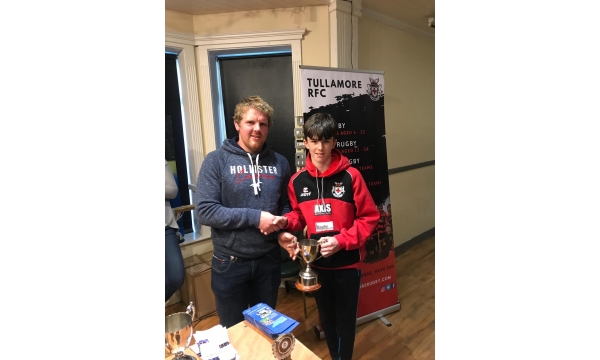 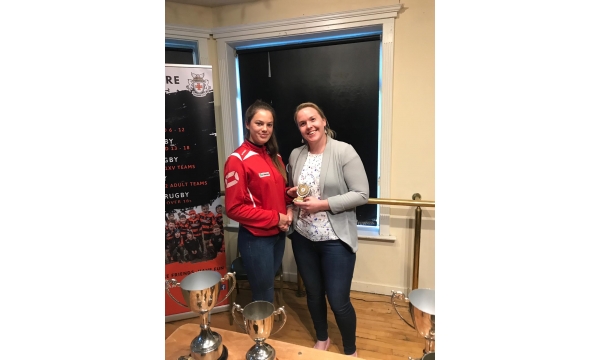 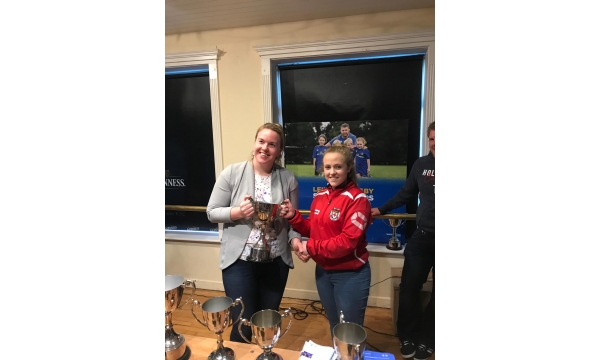