It was a clash of 3rd Vs 6th on Saturday afternoon in Spollanstown as Tullamore welcomed Midleton in Division 2C of the Ulster Bank League.

The home side, Tullamore, started strong and it became obvious early on that they had a clear advantage when it came to the scrum.

The first points of the match were awarded to Tullamore after just 7 minutes following some quick thinking from scrum-half Aaron Deverell. The home side were awarded a free kick 5 metres out to the left of the post following a scrum. Deverell recognised a gap in the defence and wriggled his way between several Midleton defenders to slot down to the left of the post, with full-back Karl Dunne successfully adding the conversion.

Just two minutes later, the visitors were penalised for their indiscipline at the scrum and the ruck, when the referee produced the first yellow card of the match. Tullamore looked to build on their opening pressure in the scrum and over the next 5 minutes were awarded numerous more penalties, all in similar positions, 5 metres out to the very right of the post. Despite some strong picking from the back of the ruck by the pack, unfortunately Tullamore were unable to build on their opening score.

The home side continued to pressurise the visitors however by pinning them into their own 22 for the next while and on the 17 minute mark, Kevin Browne successfully grounded the home side's second try after an overthrown lineout from Midleton on the right wing.

Over the next 10 minutes the visitors slowly made their way into the game and build up a number of phases. The Dunne brothers and Tom Gilligan put in some great defensive tackles to relieve some of the pressure.

Unfortunately this pressure could only hold out for so long as after some soft tackles down the right wing, Midleton successfully scored in the right corner. Not long after this, the visitors managed to narrow the gap even further following a penalty kick on the half-hour mark - Tullamore not rolling away from the ruck.

Surprisinly, this penalty was the final score of the match, despite the fact that there were still 50 minutes of play remaining.

Midleton had several chances to go ahead of their hosts during the second half of the match. On one occasion their outhalf curled a penalty to the left of the post, while 20 minutes later, another penalty drifted to the right and wide.

Tullamore have struggled with indiscipline this season, and this weekend's AIL clash was no different. Conor Dunne was the first victim of the sin bin for Tullamore after 44 minutes. While he attempted to intercept a pass between two Midleton backs, unfortunately he was unable to control the ball and the referee penalised it as a deliberate knock-on.

Shortly after Conor returned to the pitch, his fellow winger Dylan Kelso also found himself in the bin following a late tackle.

Despite being down to 14 men for 20 minutes, the home side were resilient in defence, with some great tackles executed by flanker, Colm Heffernan, #8 Kevin Browne and hooker, Cathal Feighery who was an injury concern coming into the game.

The visitors did come close to breaking the deadlock on one occasion late on, but the crowd could breathe a sigh of relief as the ball was knocked on right before the try line, following a zipping break down the right wing.

There's no doubt that Tullamore will have a lot to work on as they go into a 6 week Christmas break from AIL action. Despite a lackluster second half performance in terms of their attacking ability, they will be pleased to have kept their visitors at bay.

Tullamore are now level on points with Sligo but move to 4th place in the table following Saturday's game. Rainey remain top, but supporters will be glad to hear that they were overcome by Bruff at the weekend which means that there are only 4 points between the top 4 teams. 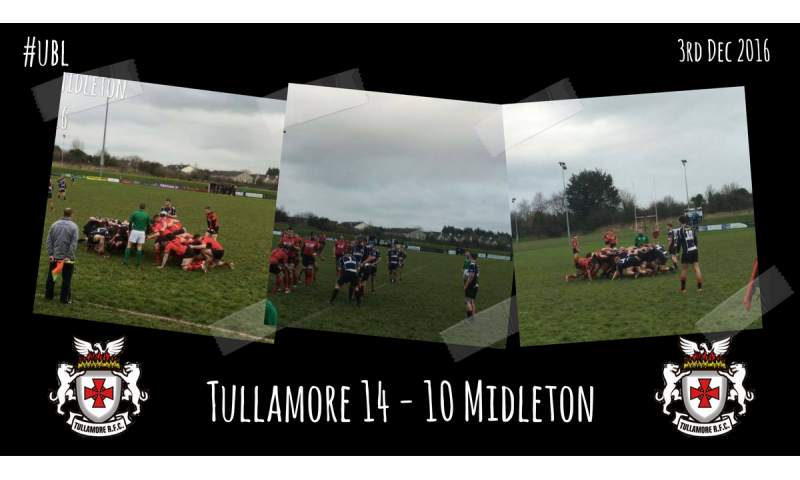 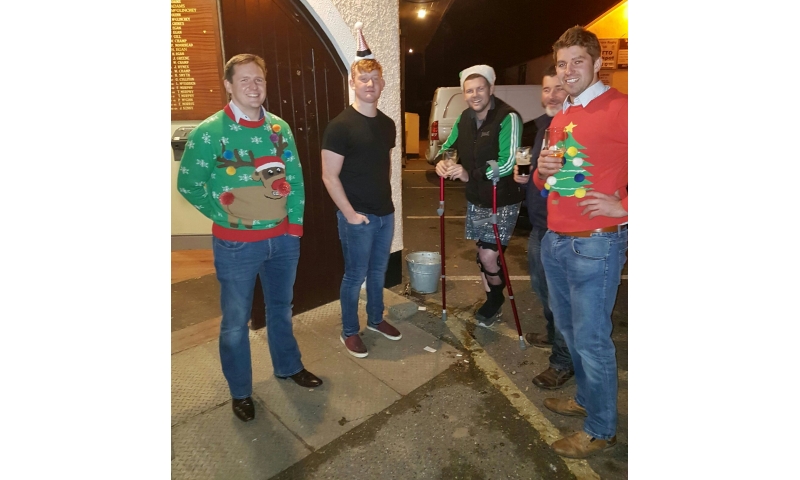 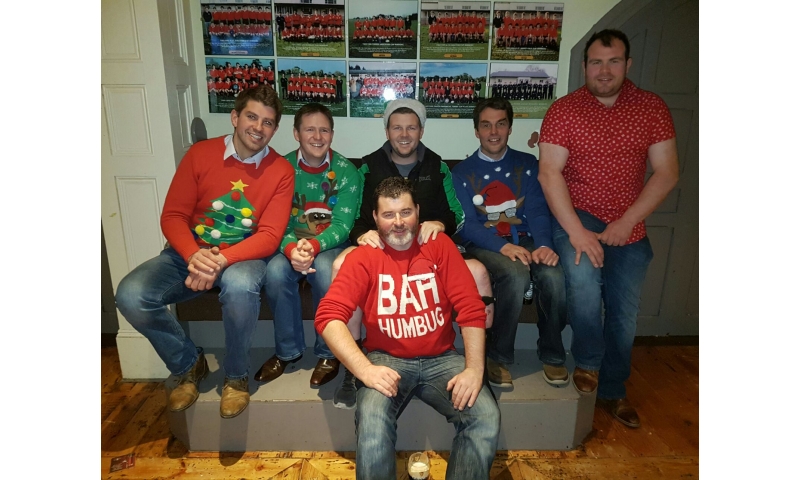 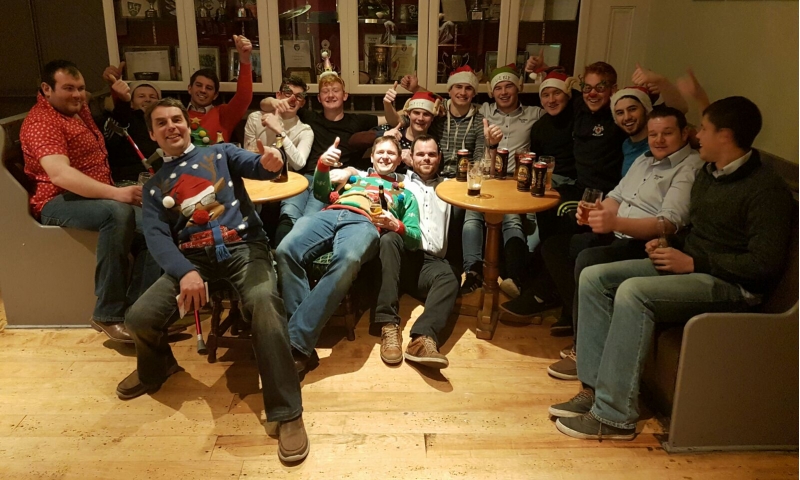 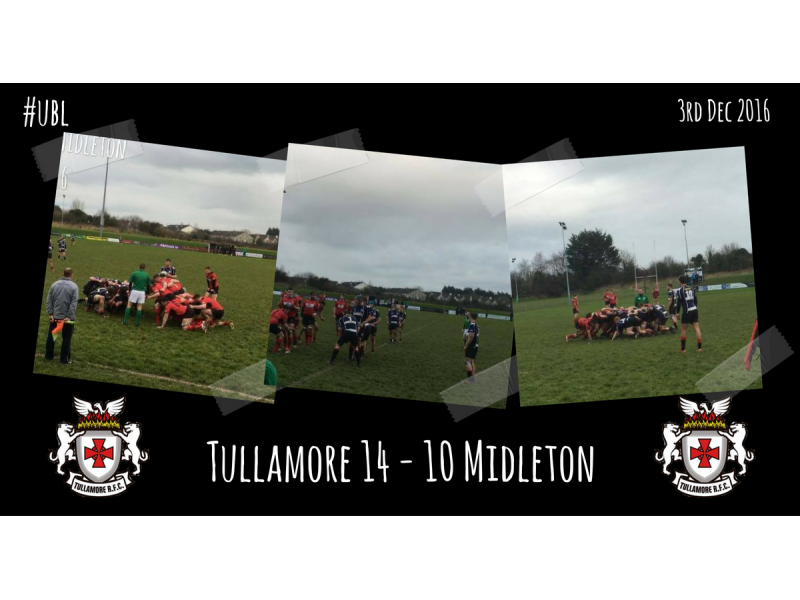 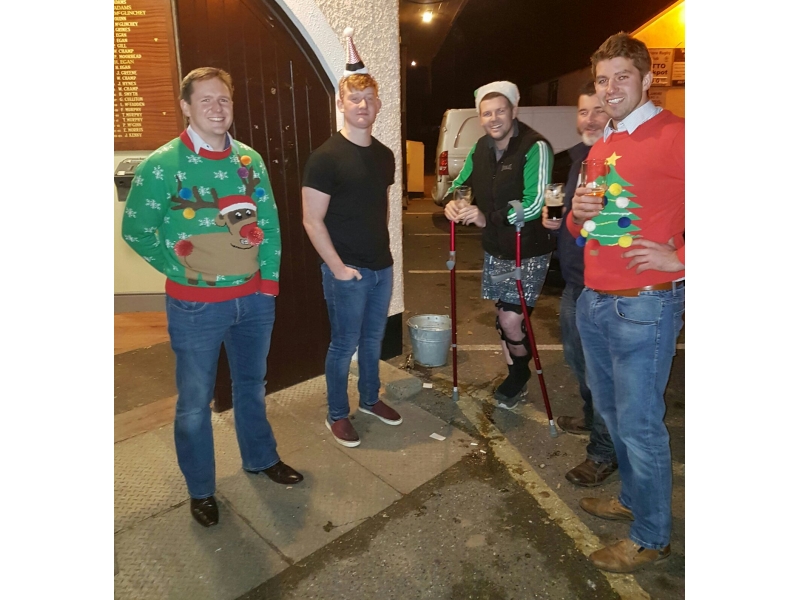 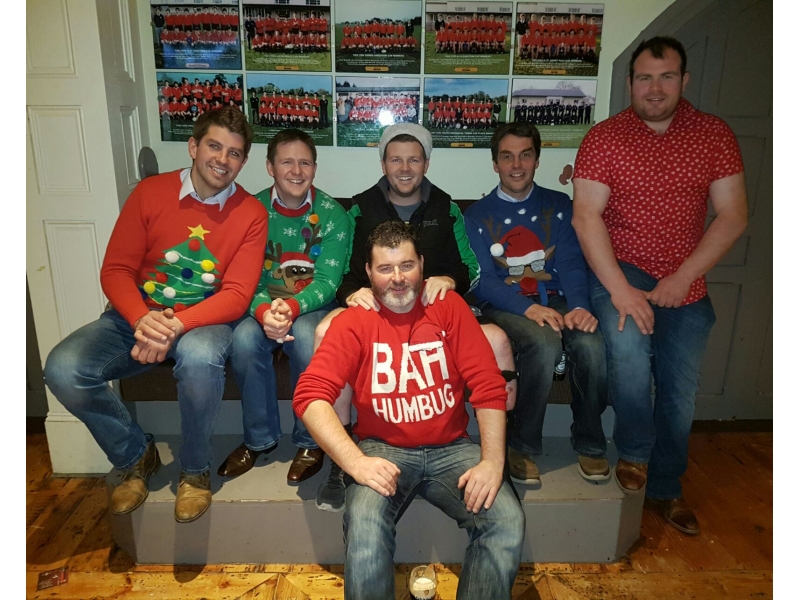 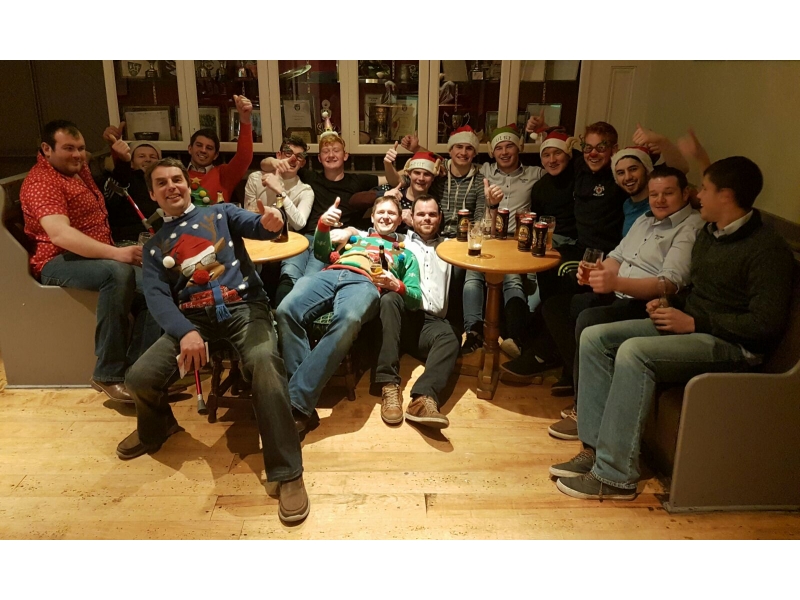