Straight away Tullamore blew off the cobwebs from their two week lay-off and got stuck in to their fellow Midlanders. Edenderry couldn’t hack the fast paced running rugby the Red and Black attempted and wished to slow down the game at every opportunity.

Caroline Fleury on debut showed a clean pair of heels to scorch up the touchline into space; before slaloming inside the fullback (a la 1970s Phil Bennett) , to score under the posts. Pauline Keating added the conversion to leave the score at 7-0 after six minutes. Fleury; a native of Drumcullen, is a recent convert to the 15 a side game and here’s hoping Sunday’s result can secure her interest and loyalty in future.

Tullamore ran riot when the game flowed and later in the first half Ciara Dunican scored a sumptuous effort on the left handside of the posts to give us a 12-0 lead. The handling and offloading facing into a strong wind was a sight to behold and Dunican did well to evade two cover tackles to crash over.

Edenderry were penned back in their own territory for much of the first half due to astute kicking from Pauline at 9 and Jill Draper at ten and a defence full of heart and desire. Whenever Edenderry did string phases together and enter the Red Zone they were quite narrow in attack and Tullamore were more than capable of keeping them out.

Not much later, Draper simply creamed an Edenderry winger on the half way line to result in another turnover after which ‘Derry hung on til halftime.

The second half began with Tullamore raising the tempo. The ball was moved with wonderful alacrity between backs and forwards left to the touchline and then back right for super centre Shannon Touhey to dot down . Pauline once more kicked the two.

Tullamore’s defence was effortless at times as they happily fanned out and let Edenderry play keep ball forcing mistake after mistake. Something had to give however. The White and Blue responded with some huge carries and soon after Edenderry’s purple patch was rewarded with a toughly earned push over try in the right corner.

Observers spent all day long counting and computing as our honourable referee became quite fláithiúlach with the penalties. The fact that I lost count in the early to mid-twenties should give an indication of how often we heard the whistle.

Edenderry pressed on to try and reel back in the scoreline and it was Touhey again who rushed up hard to steal an interception and canter in unopposed for her second of the day. 24 -5 an unassailable lead.

Final score after an intense and brutal game was Tullamore 24- Edenderry 5. Bonus point secured; our eastern neighbours beaten and Colin Hughes with a smile on his face; not half bad.
With five games played so far in the league; the true meaning of this result won’t be known until the half way stage. Next up it’s the Coyotes of Carlow away on Sunday the 13th. Let’s see who will be howling then. 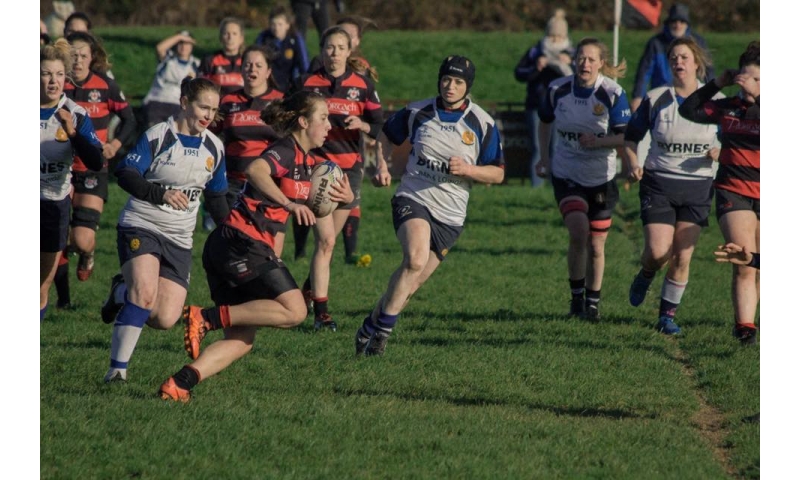 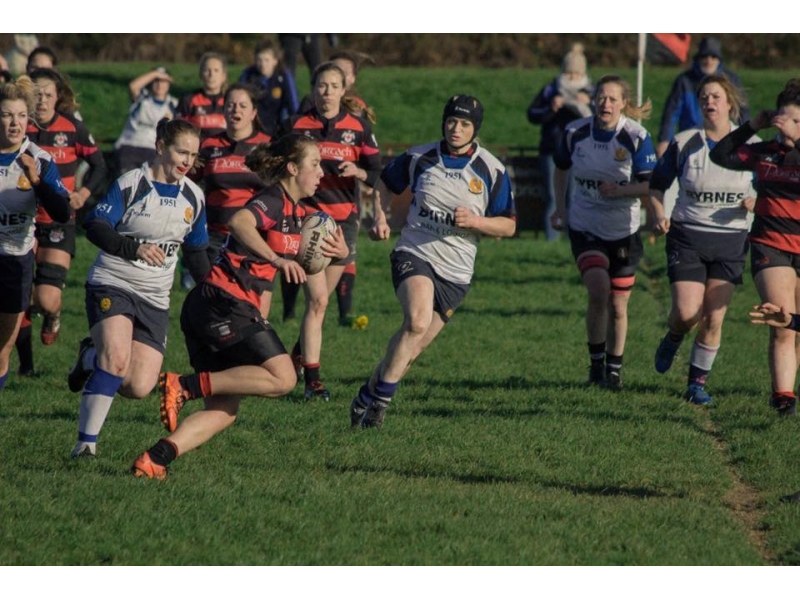