It was a lacklustre performance from a tired looking Tullamore side on Saturday afternoon in Division 2C of the Ulster Bank League.

From the kick-off it quickly became apparent that the visiting team, Rainey Old Boys from County Derry, were not an easily intimidated team.

The first score of the match came against the head just 8 minutes in when Tullamore flanker Leon Martin capatalised on a loose ball from the back of a defensive Rainey scrum just 5 metres out. The ball appeared to fly out of the back of the scrum, with no control from the Rainey no.8, which afforded Martin with the opportunity to scramble around and touch town for the opening 5 points. Full-back Karl Dunne added a further 2 points to the tally with a successful conversion.

Despite this early lead over the visiting team, the pressure soon mounted on Tullamore and numerous penalties started to creep in, mostly for offside offenses. Rainey made the most of Tullamore’s errors at the breakdown by getting their first 3 points on the board 12 minutes in.

Tullamore struggled to gain any real possession for the vast majority of the match and spent a large portion of time defending in their own half.

Some relief soon arrived at scrum time as the Rainey loose-head prop was penalised on two occasions for bearing in on the opposing front row, thus affording the home team with the chance to relieve the attacking pressure.

At the 26 minute mark, some quick thinking and quick feet from scrum-half Aaron Deverell saw Tullamore break down the left wing. Deverell offloaded the ball in contact to oncoming winger Kelso, but unfortunately he was tackled not long after, just outside the Rainey 22.

In the final 10 minutes of the first half, Rainey ran rampant and successfully broke through a sluggish home defence on not one, but two occasions. Their first try arrived after 35 minutes after some lazy tackling on the Tullamore line, while the second try was touched down just before the break as the Rainey back-row broke off a successful lineout maul to the open side and scored under the post.

This left the score 7 – 15 at the break, with the visitors on top on the pitch and the scoreboard.

From the restart Tullamore appeared to look recharged with hooker Cathal Feighery charging down the kick. Some further tackling from the pack afforded winger Kelso with the opportunity to break down the left wing until he was dragged into touch about 25 metres from goal.

Unfortunately this was the extent of a Tullamore resurgence for the next 30 minutes of play. Although there were some individual moments of excellence from the home team, they struggled to build up phases and hold onto possession.

After 66 minutes Tullamore were reduced to 14 men yet again as tight head prop Ger Molloy was yellow carded.
Rainey made the most of the extra space on the wing over the next few minutes and ran in their third try of the match after 70 minutes, bringing the gap between the two teams to 18 points.
It was only when Rainey were reduced to 13 men after two yellow cards in quick succession that Tullamore finally began to build some phases and creep into the Rainey 22.

A gap finally broke for substitute winger Brian Gilligan after 77 minutes as he zipped down the right touch line to score in the corner.

Just minutes later, Brian’s older brother Tom managed to narrow the gap even further as he snuck in behind the Rainey defence after some strong carrying from Ger Molloy to get Tullamore passed the gain line.

With some perfectly executed kicking from second centre and Irish u18 international, Conor Dunne on the final whistle, Tullamore managed to claw back a losing bonus point as the match finished 21 – 25.
Tullamore now slip to 4th in the table before they go into a two week break. They take on Boyne away on November 26th and will be looking to snatch all 4 points from their hosts. 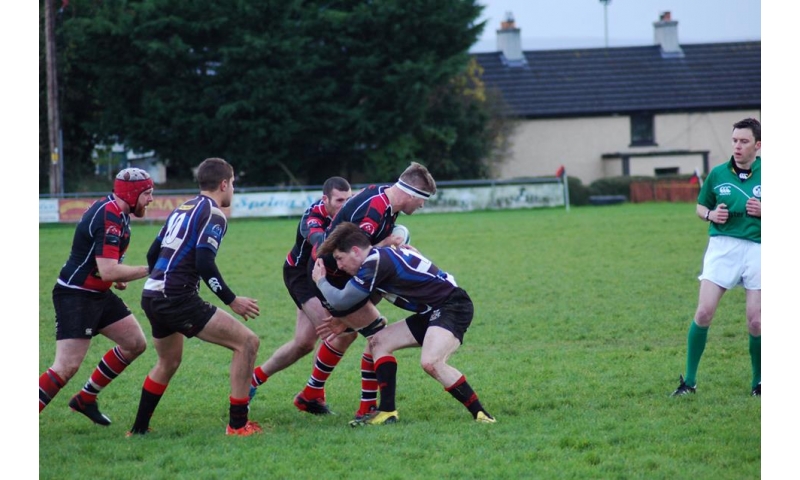 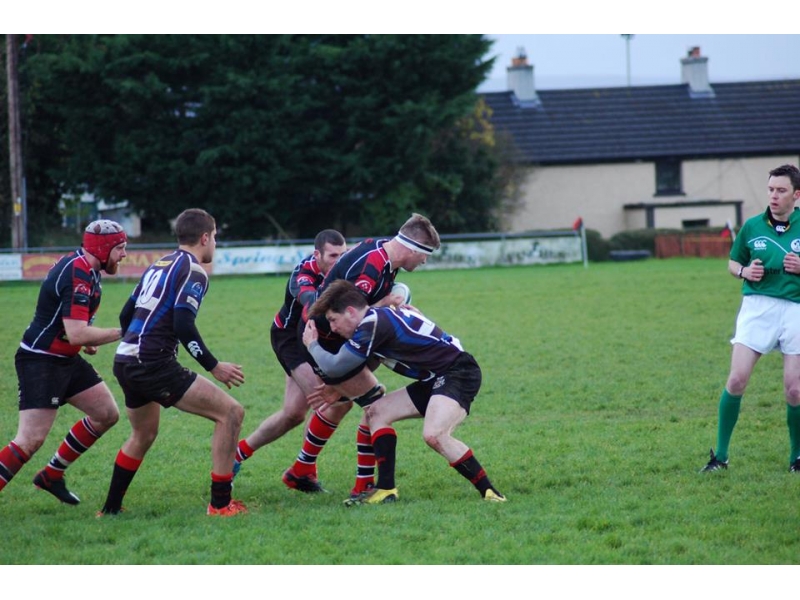