Tullamore U17 advanced to the final of the Leinster cup after a pulsating encounter against old adversaries Boyne. This was a typical cup game, played at a frantic pace. In ideal spring conditions on a dry sod, 10 tries were scored in all, with Conor Dunnes place kicking proving the ultimate difference as both sides scored 5 tries apiece. It would be over simplifying things to say this was a battle of Boynes brutish pack against Tullamores classy backline, but for much of the first half it was very much a case of Boyne keeping it slow and tight, carrying through the middle with their big props and no8, while Tullamore looked to use width and pace and move their bigger opponents about and it was Tullamore who struck the first blow after 4 minutes, Conor Dunne shredding through after a flowing move. Things got even better for Tullamore when Sam Burns cut through for a very similar score and after 9 minutes Tullamore were 14 points up. A mistake from the kick off allowed Boyne a foothold in the Tullamore 22 and after a series of pick and goes their no. 12 and best player went over out wide for a well-deserved try. At 14-5 the next score was crucial and once again it was Conor Dunne who provided the cutting edge when he beat a number of men on his own to score a brilliant individual try after some super fullback work by Sean McCabe and stretch Tullamores lead back up to 14 points. On the stroke of half time Aaron Leavy scored a superb opportunistic try, darting around the side of the ruck to score a real scrumhalfs try. Aaron had a superb game and continues to develop with every match having only started rugby last summer. Having played into the wind, Tullamore were delighted to make the half time break well in front at 26-12. With the 2nd half only a few minutes old, Cian Fogarty got over for try number 5 and Tullamore looked to be coasting to victory, however this score finally shook Boyne into life and they started to attack with more verve, throwing caution to the wind. Two quick tries in a 7 minute spell and all of a sudden Tullamores lead was cut to 33-24. At 33-24 Tullamore really should have been safe but Boyne kept coming at them posted another try to leave the game on a fine balance with only minutes to play. Crucially Boynes place kicker left 6 points behind him with a few poor kicks and Tullamore clung on for a hard earned but well deserved victory. Tullamore had heroes all over the pitch and it would be unfair to single out any one individual as it was a real squad effort. The whole pack stood up to their larger opponents, with some massive defensive work by Darragh Neary, Shayne Fleming, Barry Bracken and Steve Pyke in particular. The set piece worked well all day and this Tullamore pack can be very proud of their days work. The backline is really clicking into gear now, Conor Dunne, Sam Burns, Colm Heffernan, Sean McCabe, Cian Fogarty, Jamie Lynam and Aaron Leavy all contributing with some brilliant running and handling. The coaching of John Burns and Kevin Finlay is clearly paying off as Tullamore look so dangerous when moving the ball wide. Best wishes to Rob Milner who sustained an ankle injury. Tullamore will hope he can recover in time for the final. Tullamore meet Carlow in the final on Bank Holiday Monday the 4th of May in Donnybrook. All support would be very much appreciated. 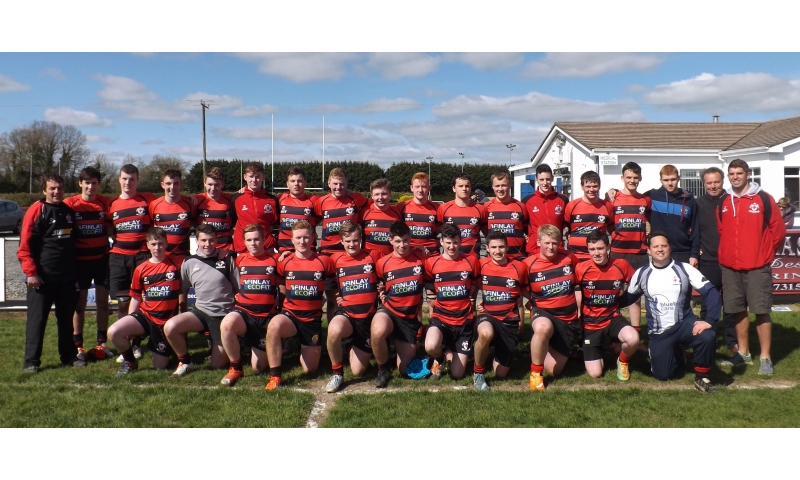 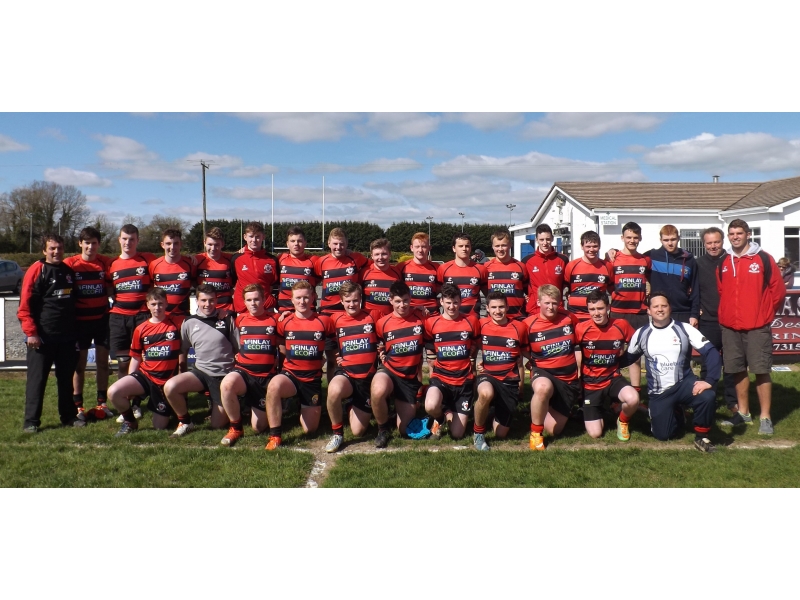