Tullamore traveled to Seapoint on Saturday afternoon, in search of another win in their impressive Metro league opening campaign.

The visiting Tullamore team started very strong, hitting Seapoint hard from the kick off but failed to gain an early advantage through a missed penalty kick 3 minutes in. From the resulting 22 drop out, Tullamore regained possession and after some hard running from Brian Ryan, brought them back into the opposition's 22.

Tullamore's pack kept the momentum going with some great pick and drive efforts. Forwards John Burns and Eamonn Bracken playing an instrumental role in setting up John Dooley to storm over the line for Tullamore's first try of the day. Out-half Conor Hegarty kicked the difficult conversion to leave it 7-0 after 8 minutes.

Both teams shared possession for the next 20 minutes with hosts Seapoint growing more and more into the game as time ticked on. As Seapoint grew stronger, Tullamore began to feel the burden as their scrums came under some serious pressure. The hosts capatalising on their possession with a penalty kick soon after to make it 3-7.

Tullamore weren't finished however, and back-rower, Stephen Pyke stole a line out on the 30 minute mark, spreading the ball quickly to Conor Hegarty who chipped it over the defence and regained possession in what was a classy period of play. Unfortunately Hegarty was caught out on his own after the break and Seapoints defence turned the ball over on the ground. This turn-over proving instrumental as it afforded Seapoint the opportunity to run in their first try

On the stroke of halftime Seapoint had a 5 metre scrum and held strong inching their way forward to leave an easy platform for their 8 to score their second try which was duly converted, leaving Tullamore 15-7 behind at halftime.

As the second half kicked-off, Seapoint continued to pressurize the visiting Tullamore team by running in two unconverted tries with 20 minutes. Tullamore regrouped under the posts and went hell for leather at Seapoint from then on. Stephen Pyke, Daragh Neary and Jamie Lynam all carrying well. Last year's u20 out-half Sam Burns also made his debut at scrum half kept during this period and played a vital role in getting quick ball out the back, causing Seapoint to buckle in defence. This left a lovely little gap for Eoin Farrell to run in from the 22 to score under the posts, with Hegarty adding the conversion with 15 minutes to go.

Tullamore once again regained the restart and ran hard at Seapoint with big carries from cousins Aidan and Tiernan Mealiffe. Back's Mark Mc Grath and Stephen Davis also proving tricky in attack as Seapoint lost 2 men to yellow cards for continuous foul play at the ruck. Tullamore took a quick penalty and scrum-half Sam Burns hit powerhouse Geoff Scully who ploughed his way over the line in the corner. Unfortunately the conversion was narrowly missed but Tullamore were within sight and had a loosing bonus point looked within reach as the score stood 25-19. A late Seapoint penalty increased the gap to 9 points at the final whistle, which was a brutal blow, pushing the bonus point out of reach.

Tullamore are away to Old Belvedere next weekend where they hope too get back to winning ways.

We would like to congratulate our Durrow men on winning their Championship campaign Bobby O Dea, Conor Hegarty and Brian Geraghty.

Tullamore also welcomed back Glen Bagnall from injury this week and he made a big difference when he came on making plenty of tackles and disrupting every ruck he got near. 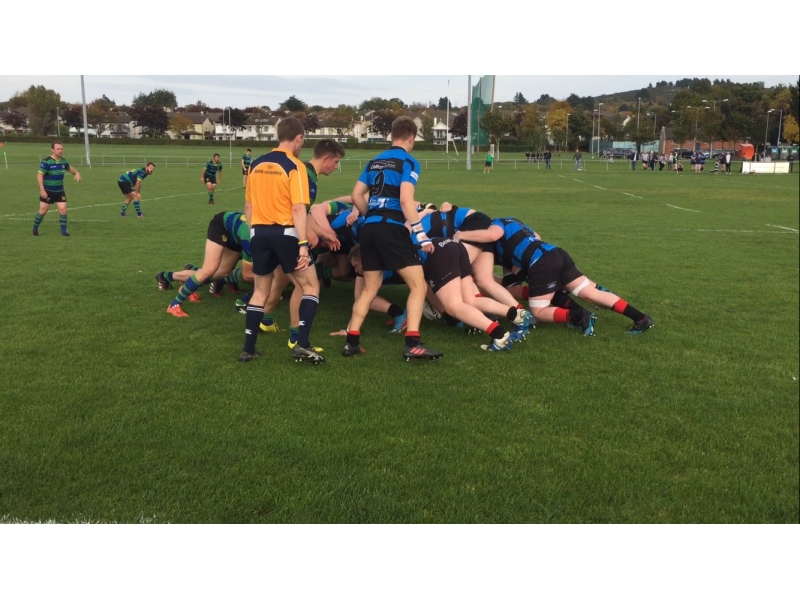