Sunday November 27th was Tullamore ladies first game in three weeks due to a number of postponements. Anglesea Rd in Ballsbridge was the venue as the Tulliers played Old Belvedere. Shorn of a number of players between international duty and upcoming interprovincials, it was a chance for a number of players to front up and some players found themselves in some strange positions ...

Four minutes into the match, the visitors opened the score after a great line from Rose Dunne at outside centre, which allowed Tullamore to set up a ruck to the right of the posts. From here, the ball was moved to Emer Phelan who crashed over the try line despite the fact several Belvo players were clinging on.

It was a rip roaring start from a team that meant business. Tullamore were dangerous out wide and showed some real mettle up front in the forwards but despite this feats, couldn't extend their lead. Belvo came back hard in the middle 40 mins. Tullamore scrambled and tackled superbly well but were caught short just on the brink of half time as the Dubliners equalised after a brilliant bit of ball retention.

Belvo came again in the second half and pinned Tullamore into their own half, carrying hard and fast. It was completely against the run of play when Kim Cobbe scored in the right corner after some wonderful work by Clare "Boots" Cantwell and Rose Dunne both handling brilliantly and running effectively.

Belvo were never more than one score away and equalised off a knock on with 15 mins to go making it 10 all, Tullamore's unbeaten season now hanging in the balance.

Rugby doesn't build character ; it reveals it and this last quarter certainly revealed Tullamore's. A penalty kick from Pauline Keating with 7 mins to go pushed Tullamore ahead 13-10 and it was a matter of hanging on for dear life from here on in. Tackles flew in from all angles with Clare Cantwell and Roisin Feighery in particular involved in some crunching collisions. At last after what appeared to be an age, the whistle blew. It finished 13-10 inf avour of the visitors, Tullamore who remain top of the league. The players from 1-23 were excellent when called upon. I imagine there'll be plenty sore bodies come Tuesday night at training. This writer must tip his cap to a wonderful forward pack who all season have been good but on Sunday were superb. Player of the match and all round energizer bunny was Róisín Feighery. 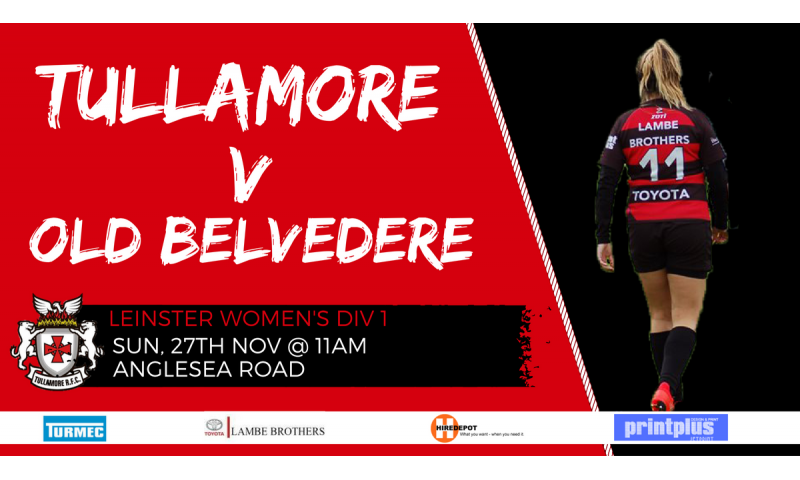 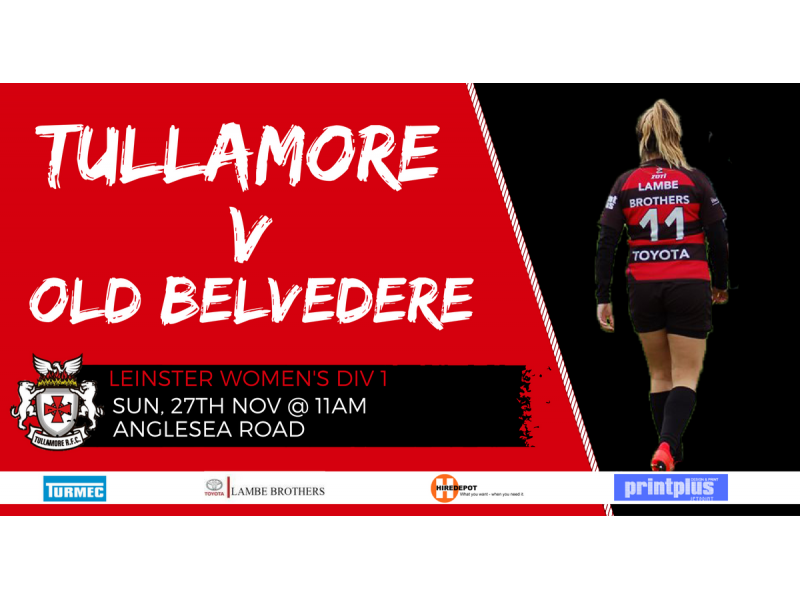