Tullamore's Conor Dunne pitched in with 18 points as Leinster retained their U18 Clubs Interprovincial Championship in emphatic fashion against Connacht at The Sportsgrounds on Saturday.
The problem for the home side was that they had to rack up a big score and deny Leinster a losing bonus-point to hold out any reasonable hope of taking the title.

The feeling out process took some time to set in as both forward packs went at each other. Connacht shaded those exchanges without the points that would have given them impetus.

Even then, there was a sense that the first try would be very important.

Leinster broke the deadlock when centre Dunne intercepted inside his own 22 to go the length of the pitch and convert for 7-0 in the 25th minute.

It was crucial for Connacht to strike a blow from there. They couldn't manage it.

The visitors were as good as out of sight, in terms of winning the title, if not quite the match, when a lineout was taken and the maul driven over for flanker Ruadhan MacDonnell to claim their second try, converted by Dunne for 14-0 at the half.

By this stage, Connacht must have reassessed their priorities. They had to fight their way back into it. This looked possible when their scrum-half Barry Walsh kicked a penalty for offside.

The response from Leinster was quick and emphatic as three phases of play resulted in wing Keelan McKeever going under the posts for Dunne to add the points.

It was then Dunne took it on himself to take an unpredictable angle onto the ball off a ruck for five more points to make it 26-3 in the 59th minute.

Connacht were restricted to playing for home pride at this point and they did come back into it when fine approach play exploited holes on the edges of the Leinster ruck defence with a try by flanker Michael O'Neill converted by Walsh for 26-10 in the 65th minute.

The final word fell to replacement wing Peter Breen in showing his pace to out-strip the Connacht cover down the flank for the near-perfect Dunne to convert for the fourth time.

"We finally showed our true colours when we needed it most," said Leinster Team Manager Pat Keena.

"We played some exciting running rugby to open up Connacht and the five tries was a reflection of how we played." 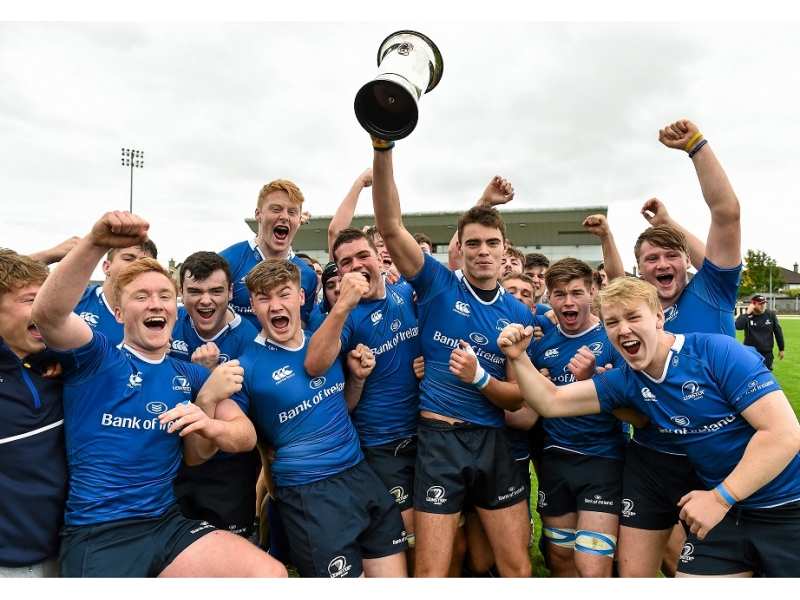