It was a case of once more unto the breach for Eddies eagles as they made the short trip to Birr for a  local derby last Sunday.

Birr were out of the blocks straight away and managed a converted try after sustained pressure on the Tullamore goal line after just 8 minutes to take a 7-0 lead. They looked destined to score again after 15 minutes when their rampaging number 8 made a break only for the flame haired Ciaran Ennis to ransack him and turn over the ball at the tackle. This lifted the siege and Tullamore started to come more into the game after this, male nurse John 'Florence Nightingale' Burns leading by example and making several rumbling carries around the ruck. A big bruiser of a second row, he was hard put to ground, and even harder to get back up.Youngsters Shayne Fleming and Cathal Behan also making valuable hard yards through strong carrying.

On a beautiful sunny day made for running rugby, Tullamore did the sensible thing and slowed the game down at every opportunity, favouring the pick and jab and scrumhalf Dan Madden using big strike runners like Niall 'Popeye' Kane, Ennis and the hulking Sean Rigney close in to eke out yard after valuable yard, crawling up the pitch like a panzer tank stuck in 1st gear. After multiple phases eventually the ball was spun wide for Ballycommon flyer Bryan Ryan to coast home from 35 metres and touch down for a wonderful try. Conor Hegarty converted to tie the scores up 7-7.

Tullamore went close again shortly after this, the flamboyant Hegarty, Gary Pyke and Rob Connor combining well to put Cian Dully through a gap, only a last ditch Birr tackle saving the try.

Right on half time Birr turned the ball over and after more pressure on the Tullamore line once again scored a close range try to take a 14-7 half time lead.

Tullamore regrouped at half time and after some eye catching breaks from Ennis and Hegarty brought play up to the Birr line, centre Rob Connor acrobatically dived over the ruck like a leaping brown trout after the May fly to touch down and score. Hegarty held his nerve to tie up the game once again.

The cavalry arrived after 50 minutes, Ed Connor and Glen Bagnall on to up the tempo. Connor using all of his experience as the anvil at the smithy of the scrum to shove Birr back on their put in, Bagnall too making an immediate impact, scything down the big Birr no.8 and winning a crucial turnover penalty.  The ball was kicked to touch just 5 metres from the Birr tryline but hooker Niall Kane, suffering badly from sun burn on his receding hairline was unable to concentrate and find his man and the chance went a begging. The rest of the second half as a spectacle was not for the faint hearted with chances few and far between and a lot of errors and knock ons resulting in a stop start game and so the game finished 14-14 and extra time was called.

Birr were visibly out on their feet and Tullamore started to cut them apart in the backs, Paul Fennell, Cian Dully and Andrew Connor all making breaks only for the final pass to go to ground time and again.

This was to prove costly for Tullamore as Birr escaped from their 22 and scored a third try to take a 19-14 lead with just 6 minutes of extra time left. However Tullamore refused to give up and an astute kick from Hegarty pinned Birr right back on their line, where Ennis latched onto the ball limpet like to earn a close in penalty. Tullamore tapped and laid siege to the Birr line, Dan Cronin, Ennis and Pyke all going close, before Rigney evenatually muscled his way over for the try, Hegarty converting from out wide to take a 21-19 lead with just 4 minutes left.

Tullamore needed to concentrate now, but alas turned the ball over at the re-start and Birr had the ball and once again laid siege to the Tullamore line. It was like scenes from the Alamo as Ennis, like a young Davy Crockett and Rigney his sidekick Jim Bowie fought a desperate rearguard action putting in tackle after tackle to stop the Birr men right on the goal line. Eventually the ball was lost forward and Tullamore thought time was up and they had it won only for the referee to award the scrum to Birr with seconds remaining. From the scrum Birr went through more phases until eventually Tullamore just ran out of defenders and the try was scored and time was up.

So a cruel twist at the death to deny Eddies Eagles a famous victory, yet the team can take heart from a spirited display, and the experience will surely stand to the youngsters in the team over the coming seasons.

On the day Conor Hegarty had a fine game, his gliding running style causing all sorts of trouble for the Birr midfield. Brian Ryan looked dangerous with ball in hand and took his try very well while Cian Dully was solid under the high ball and ran the ball back well, often leaving several defenders trailing in his wake.

In the pack the flame haired Ennis gave a marvellous display of ball carrying, tackling and poaching ball at ruck time, while Sean Rigney had a terrific game and used his physicality and brute strength to constantly crash over the gain line. 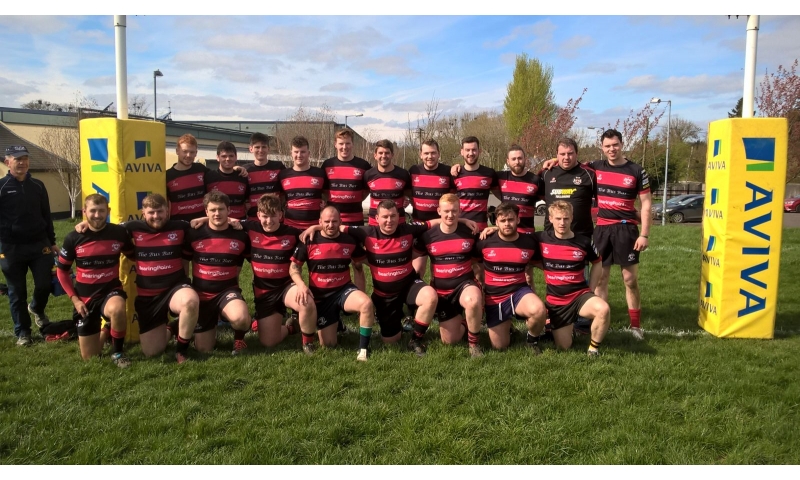 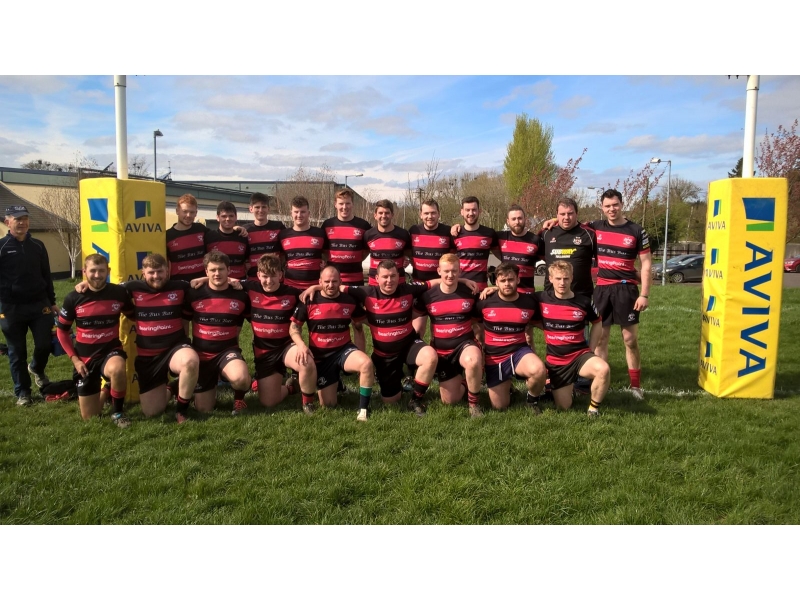