Another Bonus Point Victory For Tullamore

Tullamore maintained their recent form with an outstanding display against Cork visitors Kanturk in Spollanstown last Saturday. On a blustery day and a heavy pitch Tullamore played some of their best rugby of the season. They remain in second place in the League, 3 points behind Old Crescent with 4 games to go. If they can keep up their form over the next 3 games it could all come down to a title clash in their last game away to the leaders. The Tullamore pack were again in top form while the backs did some terrific running. What will please the coaches most was the outstanding defence shown when the questions were asked. It took 9 minutes for Tullamore to open their account. After great running by Brian and then Tom Gilligan the first try arrived thanks to a great burst by Gavin Kelly. The conversion by Karl Dunne made it 7-0. Tullamore continued to dominate and in the 24th minute Ger Molloy scored his first try of the season when he stole a Kanturk lineout 5 metres out and powered over. The conversion failed in the tough wind and left the score 12-0. Kanturk put on some concerted pressure for the next 15 minutes but brilliant defence kept them out. They spent quite a while close to the Tullamore line but there was simply no way through. So half time arrived with the score at 12-0. Tullamore really kicked on in the second half and put the game out of reach early. After great running by the backs straight from the kick off Rob Connor went over for the 3rd try and 17-0.The crucial 4th try came in the 54th minute and what a score it was. Jordan Conroy received the ball 40 metres out and showed all his awesome speed to beat a host of defenders and cross in the corner. The difficult conversion failed but Tullamore now led 22-0. Kanturk did get a consolation score in the 75th minute and what a crazy try it was. Attacking in the left corner the Kanturk out half attempted a cross kick. The ball somehow hit the post and fell kindly over the line for hooker Mike Cronin. As if offended at conceding such a freak score Tullamore went on immediate attack and Tom Gilligan went over at the posts after a great Ger Molloy burst. Karl Dunne converted for a 29-5 final score. This was a heart warming display by Tullamore who are improving every week as the climax of the season approaches. Outstanding up front were Ger Molloy, Cathal Feighery, Leon Martin, Ivor Deverell and Rob Connor. In the backs Tom Gilligan, Aaron Deverell, Richie Hughes and Brian Gilligan were terrific. Indeed it almost seems unfair to single out individuals as this was a huge effort by the entire panel. Tullamore are idle next weekend and travel to Navan the following week. 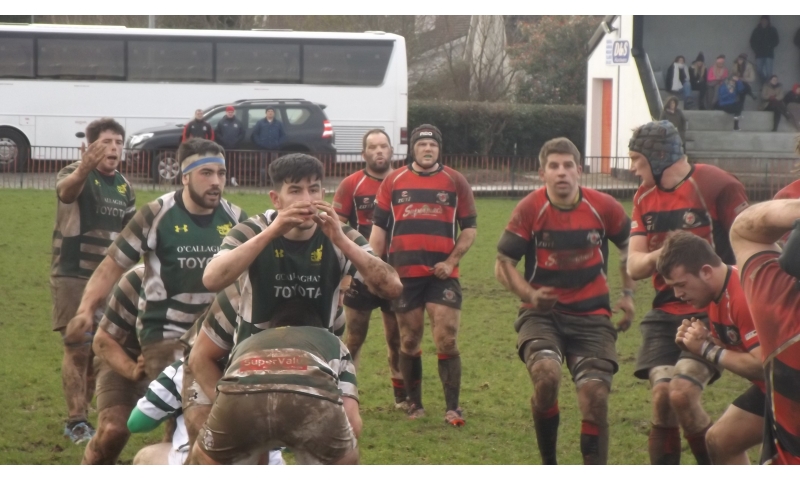 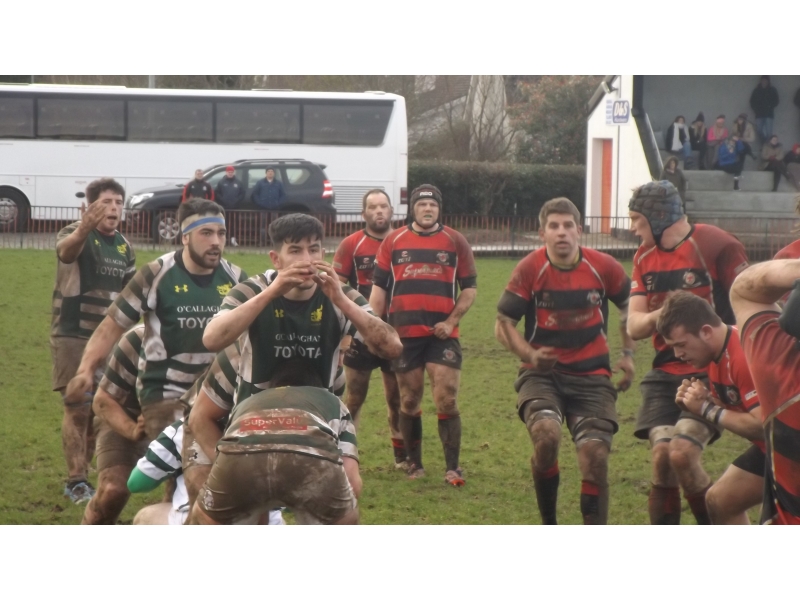